In this blog series, we connect with leaders and team members to ask them five questions about what they do, who they are, and how their work impacts our communities. This time, we sat down with Alex Alsup, Senior Director of Housing Stabilty at the Rocket Community Fund. Alex talks about the challenges facing housing stability in Detroit, and how our housing strategy in our hometown will serve as a blueprint to scale our national footprint. 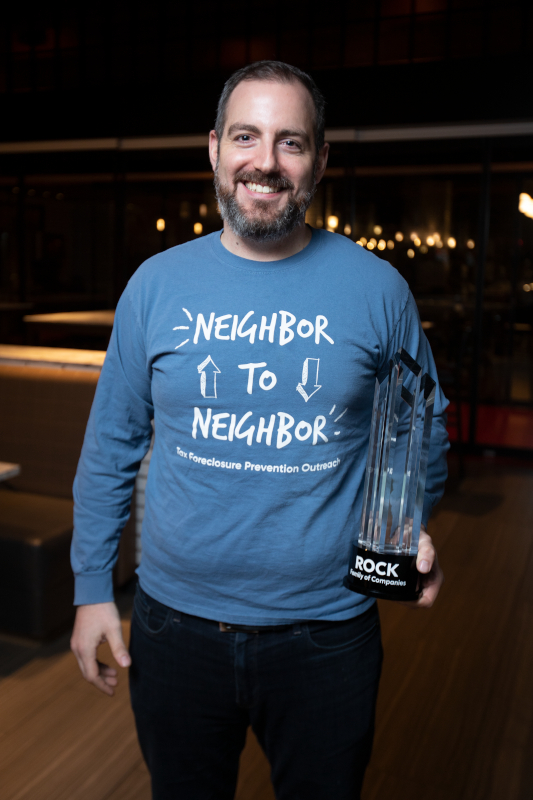 RCF: How did you first get involved in housing stability efforts in Detroit?

Alex Alsup: I moved to Detroit in 2011 from Brooklyn, NY because I was interested in the housing situation here and how homes had become so devalued. The people doing the most interesting work on that were at Loveland Technologies (now known as Regrid). Loveland was developing parcel mapping software to track and analyze the annual tax foreclosure auctions where thousands of Detroit homes were often being sold at rock bottom prices of a few hundred dollars.

The intersection of housing systems, technology, data and community impact were interesting to me, so I became Chief Product Officer at Loveland to develop their software and better understand what was happening in Detroit. We worked extensively with the Family of Companies when Dan was chair of the Detroit Blight Removal Task Force. So when I decided to move on from software development to focus on housing policy and systems, there was nowhere I’d rather do that from than the Family of Companies.

RCF: What are some of the most challenging issues facing the community when it comes to housing instability?

Housing instability is a complex problem. Because there are so many overlapping challenges, one of the biggest issues is how stakeholders go about developing solutions. The challenges on the ground are often flattened out and presented as one-dimensional problems with one-dimensional solutions. That oversimplification can lead to solutions that do more harm than good.

Part of why I love the Rocket Community Fund is that how we go about our work is informed by the ISMs. The ISMs stress humility, observation, and client service. That is how you solve complex problems – from the bottom up, not the top down – while putting the experience of the individual above all else, and our own preconceived notions in the back seat.

RCF: What kinds of lessons can you take from your work in Detroit as the Rocket Community Fund expands programs into other communities across the country?

As our former mayor, Coleman Young, said in his autobiography, Hard Stuff: “In the evolutionary urban order, Detroit today has always been your town tomorrow.”

Too many people dismiss the challenges and problems Detroit has faced as unique to this city, which is condescending and wrong. Everyone is Detroit. The lessons you can learn here can extend to the rest of the country if you’re willing to accept the blueprint for urban development found in Detroit has been replicated in cities across the country.

RCF: What has been your proudest accomplishment with regards to this important work?

The creation of the Detroit Tax Relief Fund, which will eliminate the property tax debt of 20,000 Detroit homeowners, was a wonderful development. The same goes for the Make it Home program that has helped 1,100 tenants become homeowners after facing the loss of their home due to property tax foreclosure. But it’s always the person-to-person experiences that are most rewarding. Just last month, I happened to call a homeowner north of Hamtramck who lost her furnace and hot water tank during the summer’s floods and was heating her home by running the burners on her gas stove. Our Make it Home repair program was able to help her replace her furnace and hot water tank within a couple weeks at no cost to her and by Christmas she had safe heat and hot water in her home again.

RCF: We hear you’re a big fan of the Wu-Tang Clan. How has this passion influenced your personal and professional life?

Well, I of course love their music, aesthetic, and vibe. The Wu are also a great case study in the power of teams. Rza (de facto leader of the Wu-Tang Clan) knew that the sum of the Wu-Tang Clan would be greater than its parts individually and executed on that vision, bringing the team along with him (if not always willingly). So, you know, when you’re responsible for a team you have to ask yourself, “WWWTD?” – What Would Wu-Tang Do?