From powerful slam dunks to long three-pointers, there was no shortage of great moves this summer at the Rocket Mortgage Sports Zone in the Monroe Street Midway. But some of the most impressive moves didn’t happen on the basketball courts at all!

As part of our commitment to ensure the Rocket Mortgage Sports Zone was an inclusive space with a wide variety of activities for everyone to enjoy, the Rocket Community Fund recently partnered with Come Play Detroit and the Detroit City Chess Club for a one-of-a-kind event: a free chess showcase with Grandmaster Hikaru Nakamura.

The 33-year-old Nakamura has been a dominant presence in the chess world since he was a child. In his career, he has won five United States Chess Championships and once held the second best ranking in the world, earning him the respect of chess enthusiasts worldwide. However, it is not only Nakamura’s prowess that has won him fans. The Grandmaster’s fun and friendly demeanor has endeared him to fans and non-fans of chess alike – evidenced by his combined 2.4 million followers on YouTube and Twitch.

Nakamura’s personality was on full display at the Rocket Mortgage Sports Zone as he took on many challengers including students from the Detroit City Chess Club, their coaches, and others representing some of the best players in Detroit.The action was fast and fun, and included plenty of friendly trash talk too. Below is one of several videos that Nakamura’s team posted to YouTube after the event, featuring National Master, Detroit native and Detroit City Chess Club alumnus James “The Jedi” Canty III.

Recently, we shared a video about how the Rocket Mortgage Sports Zone helps build community through sports. This wonderful program with Detroit City Chess Club and Hikaru Nakamura showed that community can also be built through games. Either way, we’re proud to bring the community together anyway we can! 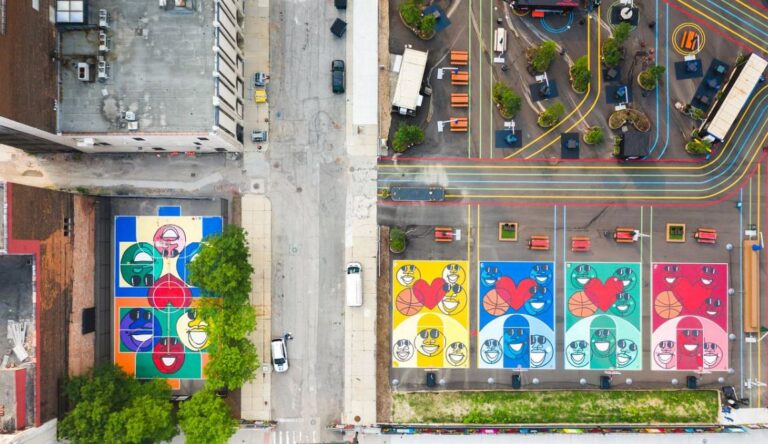